Lord of the Flies

"You just catch one of them f---ers and tear her wings off."
Andrew Bragg comforting me at the Hanging Rocks. 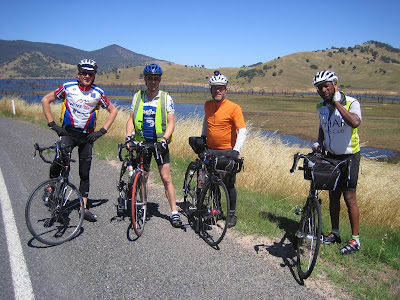 Andrew Bragg signed up for the Cascade 1240K a couple of days ago. Brings back some recent memories. At Corryong Kole and myself had shared the room with Bill Olsen, and Simon. Bill Olsen left earlier in the morning. Simon, Kole, and I left Corryong 2 hours after the Control closed. What could go wrong now, the wind I thought, little did I know. The 3 of us had been riding together for a while now. Our common African heritage made for rich conversation. Simon by his familiarity, domicile and employment mostly in Nigeria. Kole for work teaching children in Benin Republique and I by virtue of birth. With time together on the road we were now blending our individual styles for more efficient travel down the road. Andrew joined us and we traded pulls. Talk about fried plantains, bushmeat with palm oil and pepper and giant escargot made me hungry and hungry is good on a Randonee. By the BellBridge we were well on time. We were traveling in the same direction as the Australian bushfly I would learn to call them Beelzebub.
When the first colonists came ashore in 1788, they brought with them 2 bulls and 5 cows, there are now approximately 20 million cows in Australia and a plethora of cow poop. Cow poop makes excellent nests for the bushfly, so they flourished, The occasional but regular warm winds from the north between August and November picks up females full of eggs as breeding was maintained in the warmer north and blows them south. Breeding in geometrical progression creates waves of pestilence traveling south. Shortly after Corryong as the sun became stronger I would note hundreds of these flies sitting on the back of the rider in front of me. They become more active with radiant heat and are mostly smaller females looking for enough protein to remain fertile. They find it in tears, nasal secretions and blood from a skin opening, they are programmed to follow animals. Others are just looking for water and minerals. 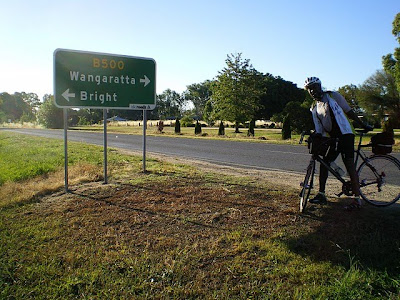 Fortunately by Wangarrata most of their onslaught had ebbed. I had spent much of the afternoon and quite a few calories slapping every inch of my body. The Aussies (and some came prepared with chemical repellents) are quite used to this, though Simon once did cough violently after one flew down his lungs. 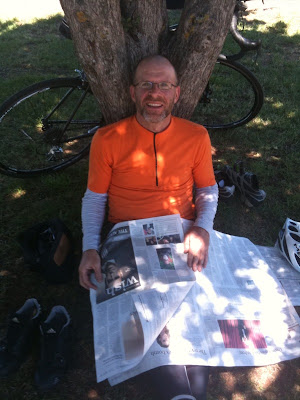 Kole, that guy is impervious, he advised that I find a mind over matter solution. It helped, I focused on one thought, I would ride through and arrive in Melbourne before the sun could get them airborne again. As the sun and the bushfly went down I felt strong, as we approached the overnite at Euroa riding with David and Peter from Wagga Wagga, Simon developed a rather acute Achilles tendinitis. I have seen this end a 1200k before so I was concerned. Simon was tough, we told jokes to keep endorphins high and in Euroa hit him with ice and NSAIDs. 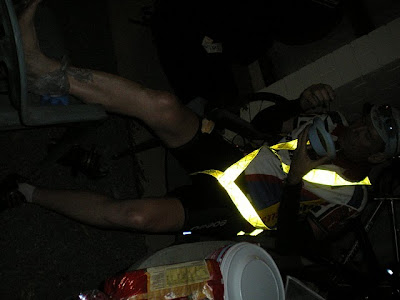 He made a marvelous recovery, so in the morning all four of us set off for the final 200k. 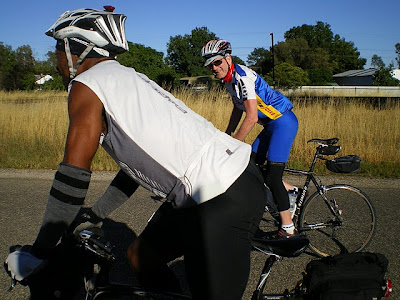 I know the enemy, I have looked into his face. As the sun hit noon high, we are climbing into the Hanging Rocks. 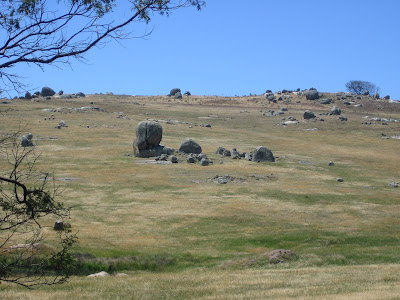 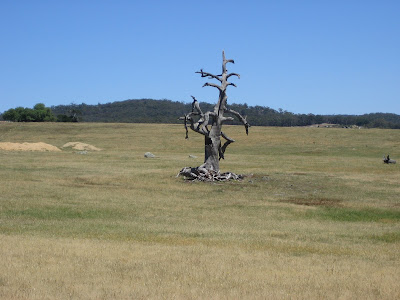 They struck again, I guess I am a big moving mass of blood, sweat and tears and snot too. My only reprieve was, shaded areas were they lost the radiant energy, and speed which was not possible on the steep pitches. 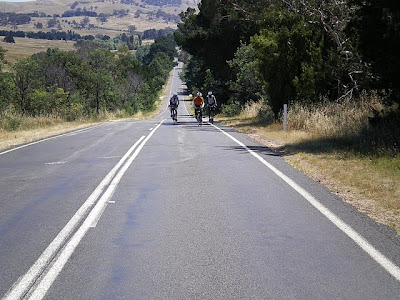 Passing cars with their wind was a surprising comfort as, I pedaled, slapping and popping wheelies. Andrews words gave me long lasting mental supplication. 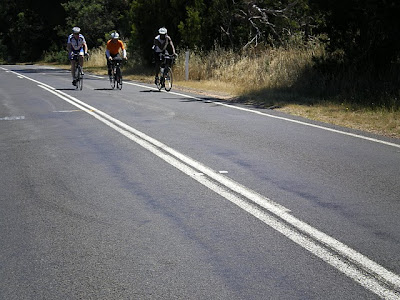 At Lancefield a group of riders have gathered, some are on an Audax Australia 200k. The remaining 80k is beginning to look like an eternity. We, without planning, seem to all leave together in a little peloton and a glorious tail-wind pushed us towards Melbourne. I am in the back with David from Wagga Wagga and unmolested. David must have read my feelings for he turns to me and says in that accent "God roides a boike". 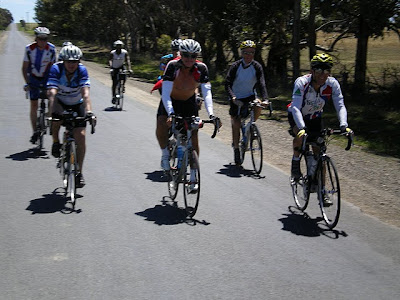 Albert Park in Melbourne! Oh what a beautiful sunny day. 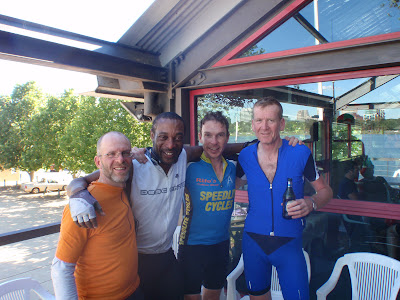 Thanx to Andrew Bragg
See you in Farmer WA.
Posted by Vincent Muoneke at 12:15 AM 3 comments: